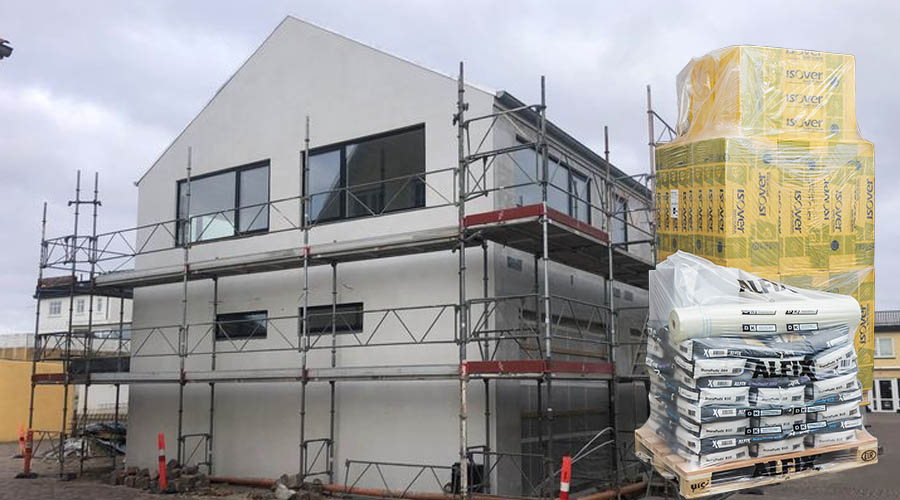 With the construction of an attractive new build in Løkken, situated on the west coast of North Jutland, Alfix has gained another fine reference involving the use of Alfix DuraTherm facade solution.

Alfix DuraTherm – Mineral wool is a simplified, user-friendly Danish facade insulation system for both new builds and refurbishment. Here, the facade is covered with mineral wool insulation plates and subsequently applied with a thoroughly-tested and approved Danish system of products for facade rendering.

Tile fixer Michael Thomsen, owner of the company Murer Michael in Hirtshals, has been contractor on the project and gives the following statement about his experiences with the Alfix DuraTherm system:

”Alfix DuraPuds products are very convenient and easy to use. We always use Alfix for our many facade projects and recently, we have had several projects with DuraTherm facade insulation system. It works every time and for the actual project here in Løkken, we had an informative start-up talk med the local Alfix sales rep – and that talk really ensured us a good beginning”.

Alfix appreciates the praise – it is a mere pleasure to work with dedicated and skilled craftsmen. Sales of the DuraPuds range have seen an ongoing rise since the introduction approx. 10 years ago and more recently, growth has developed remarkably – to the delight of the entire Team Alfix.

The DuraTherm system offers optimal thermal insulation of the building, environmental consideration, external installation without any notable inconvenience for the owners or residents, internal comfort while rendering revitalizes the whole facade with a beautiful, contemporary and tight appearance in return.

Here you can subscribe our newsletter, issued 4 times a year.