Due to Christmas Holidays, Alfix will be closed from Friday the 21st December 2018. As from Wednesday the 2nd January 2019 we will be ready to serve all our many customers and business partners. 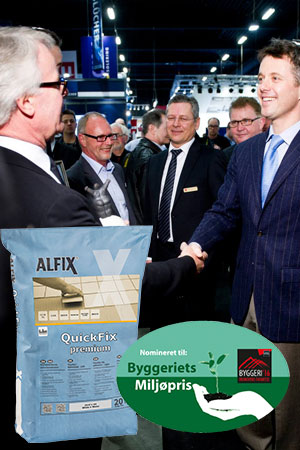 Nomination is on the grounds of a new sustainable tile adhesive - Alfix QuickFix premium. The new green Alfix tile adhesive will see its market introduction at the coming leading Danish construction trade fair, Byggeri ’16, which opens in Fredericia on 1st March 2016.

Alfix QuickFix premium is a high-quality, rapid-setting natural stone adhesive containing re-used rawmaterial in the form of recycled, crushed glass from old bottles and delivered in sustainable FSC-certified paper bags. Paper used for the bags originates from responsible and well-managed forests only.

In terms of working environmental considerations, the Alfix adhesive also offers a number of advantages. Due to the addition of light fillers, both mixing and fixing are made with less effort, and the light fillers ensure a good workability as the mixture will feel less viscous and weigh less on the fixer’s trowel. The use of light fillers also extends the coverage of Alfix QuickFix premium with up to 20% since the yield of a 20 kg bag corresponds to 25 kg of a conventional tile adhesive. Extended coverage will further reduce the negative influence from CO2 release caused by transport due to an overall reduction in total weight.

Alfix has initiated partnership with the Cancer Society

Alfix has chosen to support the fight against cancer through a business partnership with the Cancer Society. 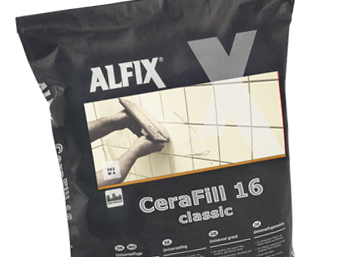 New product - A true classic has seen the light 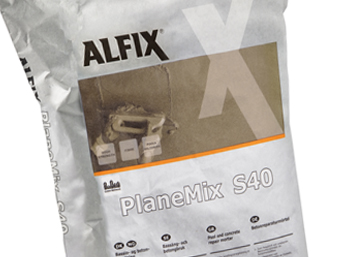 Alfix has just developed a new strong pool and concrete repair mortar – Alfix PlaneMix S40. The use of “S” indicates that this new product belongs to the family of Alfix screeding mortars.

Alfix has just developed a new strong pool and concrete repair mortar – Alfix PlaneMix S40. The use of “S” indicates that this new product belongs to the family of Alfix screeding mortars.

This specialist product is ideal for levelling/straightening in pools and for patch repair and re-profiling of all types of concrete, such as footings and staircases. Alfix PlaneMix S40 offers high adhesive and compressive strength. Suitable for both interior and exterior use. 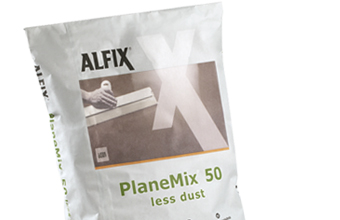 The minimum amount of dust generated when pouring and mixing the powder (out of the less dust bag) not only improves the working environment for the user but also reduces the time and hence costs required for cleaning-off remaining dust.

Here you can subscribe our newsletter, issued 4 times a year.